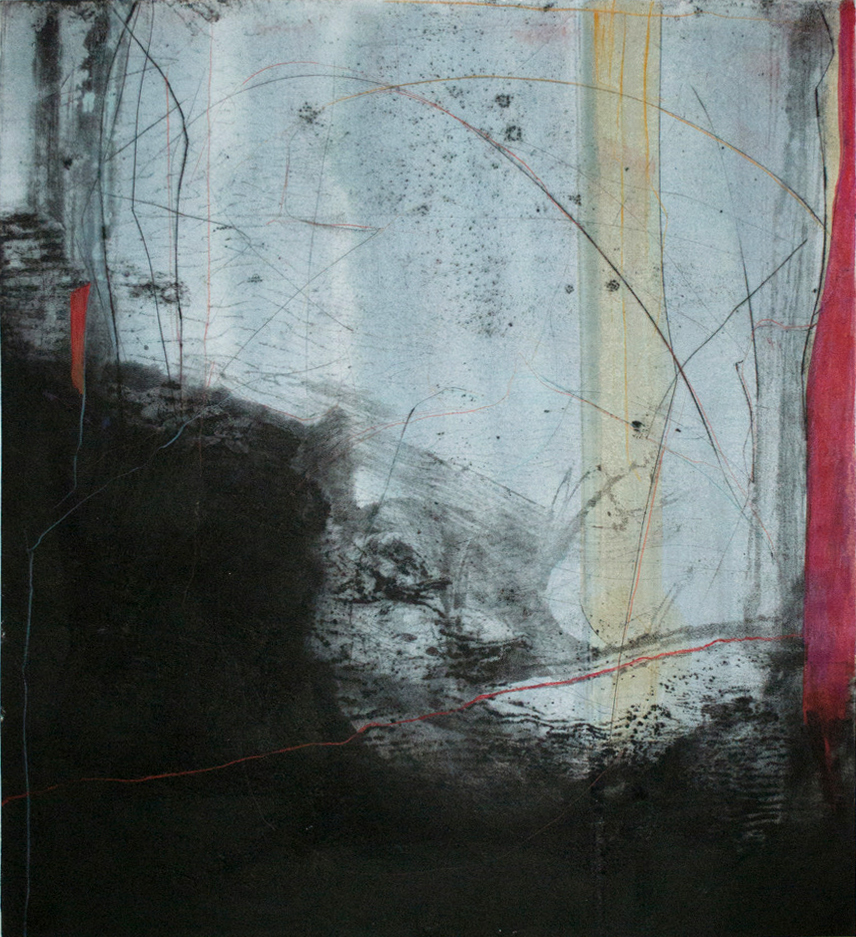 The series “Aesop’s Fables” is a series of symbolic gestures which employ visual opposites, including the hare and the tortoise and the grasshopper and the ant, as metaphors for the Yin Yang philosophy. Resurrecting 50-year-old found zinc etching plates that had oxidized beyond redemption, Welden created these black and white works which are a tour-de-force of formal, yet enigmatic power. Making his own tools, the artist employed drypoint lines, salt etch, ink, paper and a press to subject the dilapidated plates to a maelstrom of mark-making gestures.

“The Color Sequel” consists of a hybrid series of the same images, augmented with acrylic, watercolor and crayon. Sneak a peek at danwelden.com.

Dan Welden has been a pioneer of alternative printmaking since 1970. Nationally and internationally recognized master printmaker, he was the first artist to initiate Solarplate and waterbased monotype workshops, placing him squarely in the vanguard of healthy and safe creative practice. 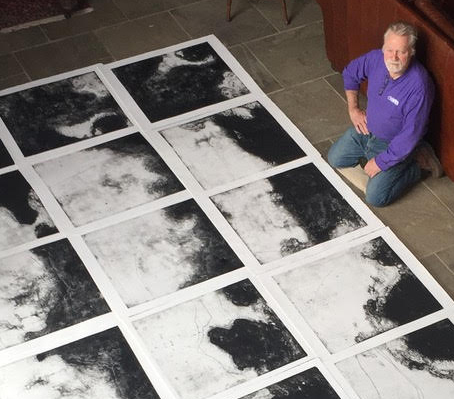 Welden is co-author of Printmaking in the Sun and producer of the film of the same title. He is the recipient of numerous awards, including a Lifetime Achievement recognition from A/E foundation; a Professor Emeritus award from the Escuela de Beas Artes in Cuzco, Peru, and most recently a Pollock/Krasner Grant. Ninety-three solo exhibitions into Welden’s career, the Cape Cod Museum of Art mounted a mammoth collaborative exhibition of his studio works on paper along with collaborations with Willem de Kooning, Eric Fischl, Kiki Smith and Dan Flavin, to name but a few. He has been in 53 countries with numerous residencies including China, Belgium, New Zealand, Cuba and Peru.