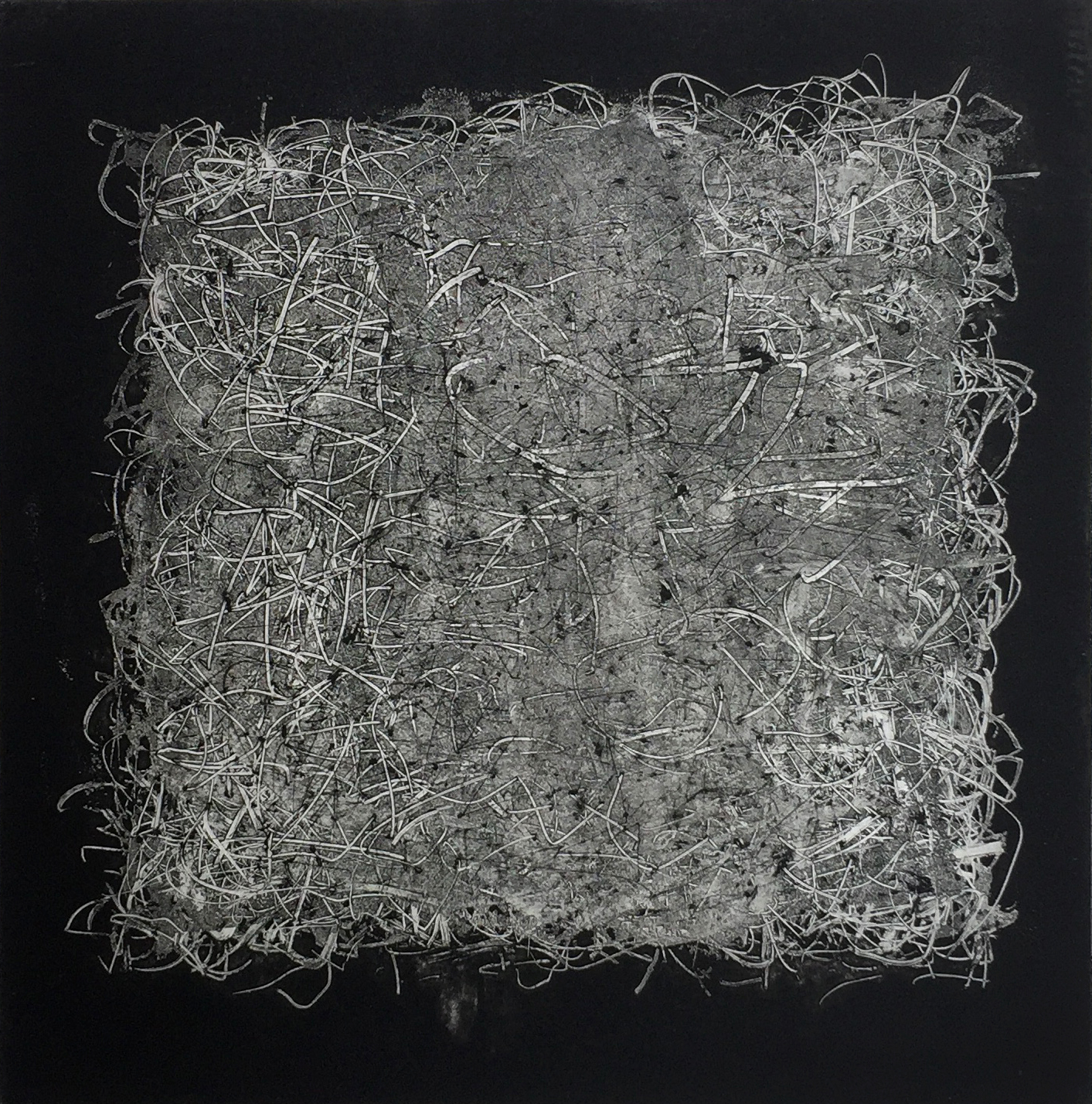 The Ink Shop is excited to show the work of Justin Greenwald. This two month show was awarded to Justin as a prize won through the first juried Solarplate Triennial Exhibit in 2019.

Justin Greenwald’s work includes drawings, paintings and prints. Clarity through Chaos is an exhibit of his solarplate etchings and monotypes which are concerned with repetitive mark making. Justin uses numbers and equations and occasionally words in his prints. “I’ve been a very obsessive person since early on”, says Justin. “It’s at once a gift and a disorder. The emotion and expressiveness behind the marks or lines is always evolving, even within a single print or painting.” Justin finds the fickleness or ephemeral quality of the image lends to the recording of life’s timetable.

A good number Justin’s prints are of a reductive nature, where the metal backed polymer plate is coated with ink, and then drawn into or scratched away at using a variety of tools, including sticks, twigs, chopsticks, pencils, and rags, before being processed or hardened in the sun or under a light box. Solarplate etching allows for photographic work, although Justin prefers to draw.

His friend and employer Dan Welden, who developed Solarplate etching in the 1970’s, collaborated with him this past summer on a series of monotypes overlayed with one of two Solarplates, of which six pieces are displayed in this exhibit.

The Solorplate Triennial was founded and organized by Dan Welden and the jury consisted of Laura Einstein, manager of the Mezzanine Gallery at the Metropolitan Museum of Art; Alex Ferrone, owner/director of the Alex Ferrone Gallery in Cutchogue, NY; and Ron Pokrasso, Santa Fe artist and world printmaking traveler. The awards juror is the acclaimed international artist Eric Fischl.