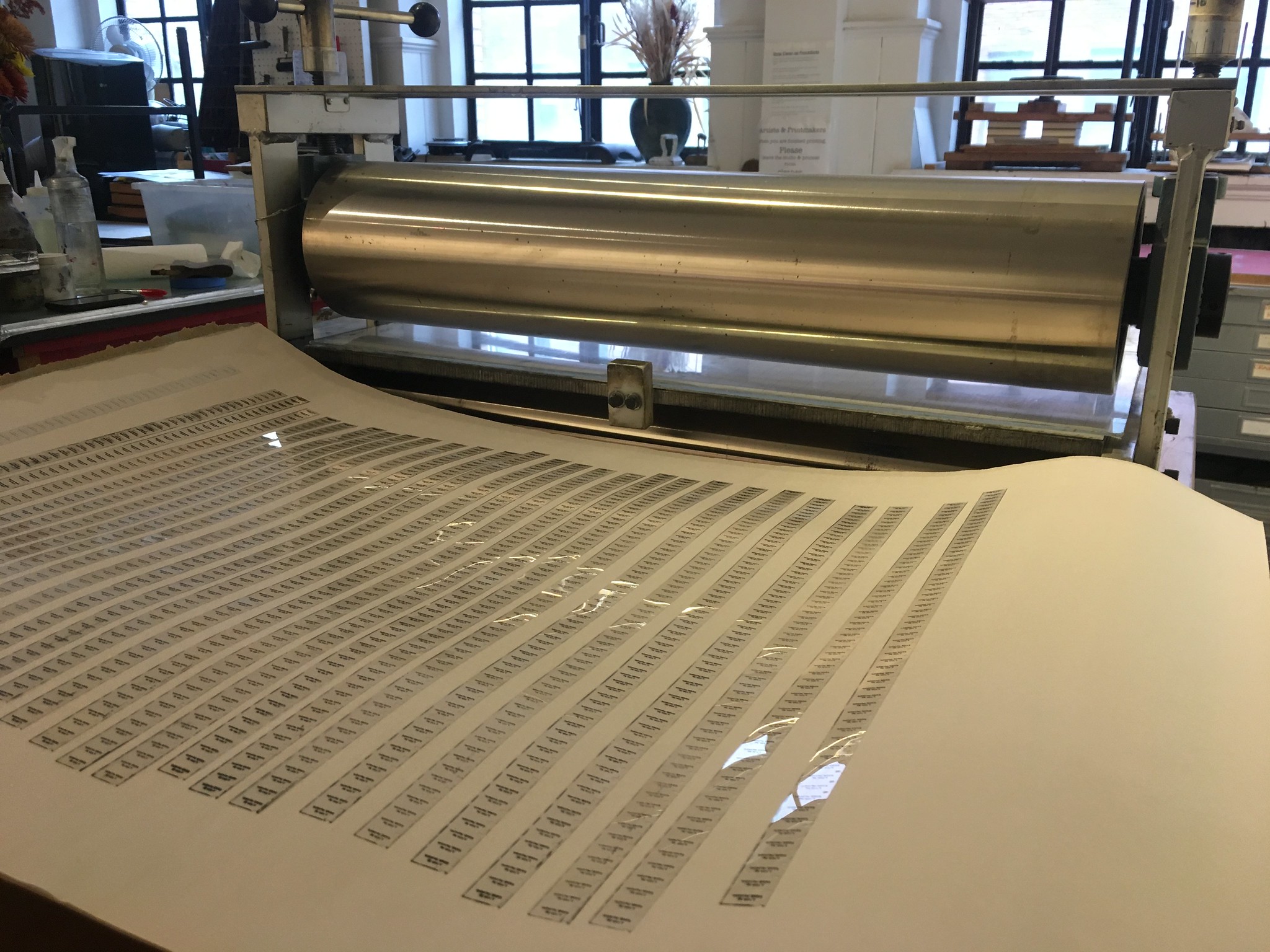 Open Edition, is a collaborative animated exhibit of sound, print and film. Kaleb will experiment with the printed edition in three formats using direct animation (printing on 16mm film), overlapping repetitions in printmaking with the regularity of the frame in film as the basis for creating his first edition. The second edition, he plans to include printmakers, filmmakers, painters, sculptors, writers and photographers, conducting interviews to discuss processes, specifically with regard to the multiple to produce a self published book for the exhibit and online reference. The third edition he will use lithography, relief, and screenprinting to produce multiples both precious and mass produced. This work will be produced between October 2019 and June 2020 as part of the Ink Shop’s Kahn Family Fellowship and the Opening Reception will be June 5th, 5-8pm in the Ink Shop Studio Gallery and the CSMA Corridor.

This program is made possible in part with funds from the Decentralization Program, a regrant program of the New York State Council on the Arts with the support of Governor Andrew Cuomo and the New York State Legislature and administered by the Community Arts Partnership of Tompkins County.